A catalog of resources we have gathered for you

What The Health (Available on Netflix)

Following the success of “Cowspiracy,” filmmakers Anderson and Kuhn decided to show that veganism is good for our bodies as well as the planet. “What the Health” explores the health benefits of a plant-based diet and exposes the reluctance of health and nutrition organizations to point out the negative effects of consuming animal products.

Most vegan documentaries examine one or more different reasons to adopt a plant-based, cruelty-free lifestyle. “Live and Let Live” takes a slightly different approach, instead examining the people who are going vegan, including former butchers and meat factory workers. If you are looking for vegan documentaries with a markedly human story, this is the film for you. “Live and Let Live” features prominent figures in veganism and animal rights including Melanie Joy and Peter Singer.

Vegan actor Natalie Portman produced and narrated this adaptation of Jonathan Safran Foer’s book of the same name. “Eating Animals” explores the evolution of animal agriculture into the industrial process it has become today, looking at the environmental, economic, and public health issues tied to factory farming.

This documentary is the result of asking someone who knows nothing about humankind’s harmful treatment of animals to make a film about the very topic. It includes no graphic footage, instead highlighting the benefits of veganism in an uplifting way.

The End of Meat (Available on Amazon Prime)

“The End of Meat” imagines a world where nobody eats animals.  “Instead of focusing on the negative consequences of consuming meat, I wanted to show the hugely beneficial possibilities of a post-meat world and what that might look like for humans, animals, and the planet,” said filmmaker Marc Pierschel in a statement.

“Food, Inc.” unravels the way major corporations control every aspect of the food chain in the United States, including the farms where food is grown to the supermarket it’s purchased in. These companies prioritize profit over public health, the livelihood of farmers, the safety of workers, and the  state of the planet. “Food, Inc.” will have you thinking twice about the food on your plate.

This film sees the award-winning director of “Food Choices,” Michal Siewierski exposing the truth behind diet culture. Siewierski picks apart the manipulation of the multi-billion dollar diet industry as well as the “devastating” effects that obesity has on people’s lives, according to the film’s website. “Diet Fiction” offers “new disruptive ideas” about how plant-based foods can address the obesity epidemic that’s dominating the world.

“Deadly Dairy” uncovers the “hidden cost” of dairy. To produce the film, Animal Equality India investigated 107 dairy farms as well as with cattle markets, tanneries, slaughterhouses, and semen collection centers. The film’s message is that the dairy, meat, and leather industries are so interconnected, you cannot buy products from one without supporting the others.

Meathooked and End of Water

This 2016 episode of the HBO series “VICE” dives into the various ways the meat industry is damaging people, the planet, and animals. The short episode touches upon processed meat’s  carcinogenic nature, the rapid slaughter of animals in factory farming, and how the industry is depleting natural resources like forests and freshwater supplies.

“Slice of Life” explores the growing momentum of the vegan movement. It includes interviews with chefs, physicians, researchers, restaurateurs, the founders of Beyond Meat, JUST, and Impossible Foods, as well as Bruce Friedrich of the Good Food Institute, and spokespeople from animal welfare organizations. It premiered last year.

A growing phenomenon!  The story of a dairy farmer turned activist who converted his farm into the first retirement home for cows.

The story of three meat and cheese-loving New Yorkers who agree to adopt a vegan diet for six weeks. Lured by tales of weight lost and health regained, they begin to uncover the hidden sides of animal agriculture that make them wonder whether solutions offered in films like Food, Inc. go far enough. This entertaining documentary showcases the rapid and at times comedic evolution of three people who discover they can change the world one bite at a time.

Gunda - Not yet released keep an eye out for it!

Where his prior film, the acclaimed epic AQUARELA, was a reminder of the fragility of human tenure on earth, in GUNDA, master filmmaker Viktor Kossakovsky reminds us that we share our planet with billions of other animals. Through encounters with a mother sow (the eponymous Gunda), two ingenious cows, and a scene-stealing, one-legged chicken, Kossakovsky movingly re-calibrates our moral universe, reminding us of the inherent value of life and the mystery of all animal consciousness, including our own.

Covers the ever growing vegan movement and how it's best for the animals, human health, and the planet.

Short documentary film tells the story of Jay Wilde, the  “ first farmer in the UK to trade beef farming for sustainable organic vegan farming.” The documentary follows Wilde and his wife Katja as they transition away from meat farming after Wilde becomes “friends” with the animals he was raising for slaughter.

The Invisible Vegan is a 90-minute independent documentary that explores the problem of unhealthy dietary patterns in the African-American community, foregrounding the health and wellness possibilities enabled by plant-based vegan diets and lifestyle choices. Featuring interviews with luminaries such as Cedric the Entertainer (actor and comedian), John Salley (former NBA player and wellness advocate), and Clayton Gavin (aka Stic of the hip-hop duo Dead Prez), this documentary shows how intertwined histories of slavery, twentieth-century socioeconomic inequalities, and the rise of Big Food, have led to the increased consumption and dependence on meat, processed, junk, and fast food. Inspired by Ralph Ellison's 1952 firsthand account of alienation as an African-American in The Invisible Man, the title of this documentary evokes the ways in which prevailing attitudes and stereotypes about veganism within the African-American community have rendered the benefits of this lifestyle invisible within spheres of popular culture, social experience, and political debate. The documentary begins with the personal story of Jasmine Leyva, a 30-year-old black actress and filmmaker currently based in Los Angeles. Taking Leyva's unhealthy childhood growing up in Washington, DC as a point of departure, the film interweaves her narrative with the professional and personal experiences of a prominent group of vegan activists.

This  eight-part documentary series highlights corruption within the food industry. In this new series, viewers gain a deeper understanding of how food gets to their plate with a behind-the-scenes view into several food industries – including fish, dairy, GMOs,  palm oil, pork, and  superfoods. The first episode reveals the amount of edible food waste created every year.

Meat the Truth enlightens viewers on the truth behind their food choices, discussing how farming livestock negatively impacts the planet.

According to the film, farmed animals are responsible for 18% of global greenhouse gas emissions, trumping transport by 5%. Through looking at meat’s environmental impact, this documentary encourages viewers to consider a more sustainable diet and reduce the meat they eat, or better yet, leave meat off the plate altogether.

Before The Flood (Available on Amazon Prime and Disney+)

This powerful documentary stars environmentalist and Academy award-winning actor,  Leonardo DiCaprio. The film takes viewers on an expedition across the globe to illustrate the true impact of climate change.

The story urges people to take action by asking lawmakers to  reconsider current policies, as well as showing individuals that everyone has the power to incite positive change. According to the film, individual actions such as eating little to no meat, using solar power, boycotting companies that use palm oil, and  recycling can make a difference.

Eating honey is a  grey area for many people considering veganism. The film looks at America’s pollinators, mostly honey bees, and how a phenomenon known as “Colony Collapse Disorder” is not only killing off bee populations but affecting most of the world’s crops as well.

H.O.P.E. is an acronym for “Healing of Planet Earth.” This film showcases how we can improve our personal health, the health of the planet, and reduce industrialized cruelty to animals by embracing a vegan diet.

Renowned primatologist and vegetarian,  Dr. Jane Goodall, is featured in the film. Goodall states:  “I think the most important message that I have, is to remember, that you as an individual make a difference.”

Fellow vegetarian, musician  Paul McCartney also praised the documentary:  “This important film highlights the choices we must make to help protect this planet and all its inhabitants.”

This fast-paced documentary shows viewers the how and the why regarding species extinction and biodiversity loss.

“ Extinction is an enormous problem, but don’t be overwhelmed. Together, we can fight it on all fronts and curb extinction and species loss. We can’t do everything at once but each action you take matters,” Racing Extinction states on its website. This film encourages people to challenge themselves by staying away from meat, for just a day, as this is  “actually the fastest way we can curb carbon emissions.” 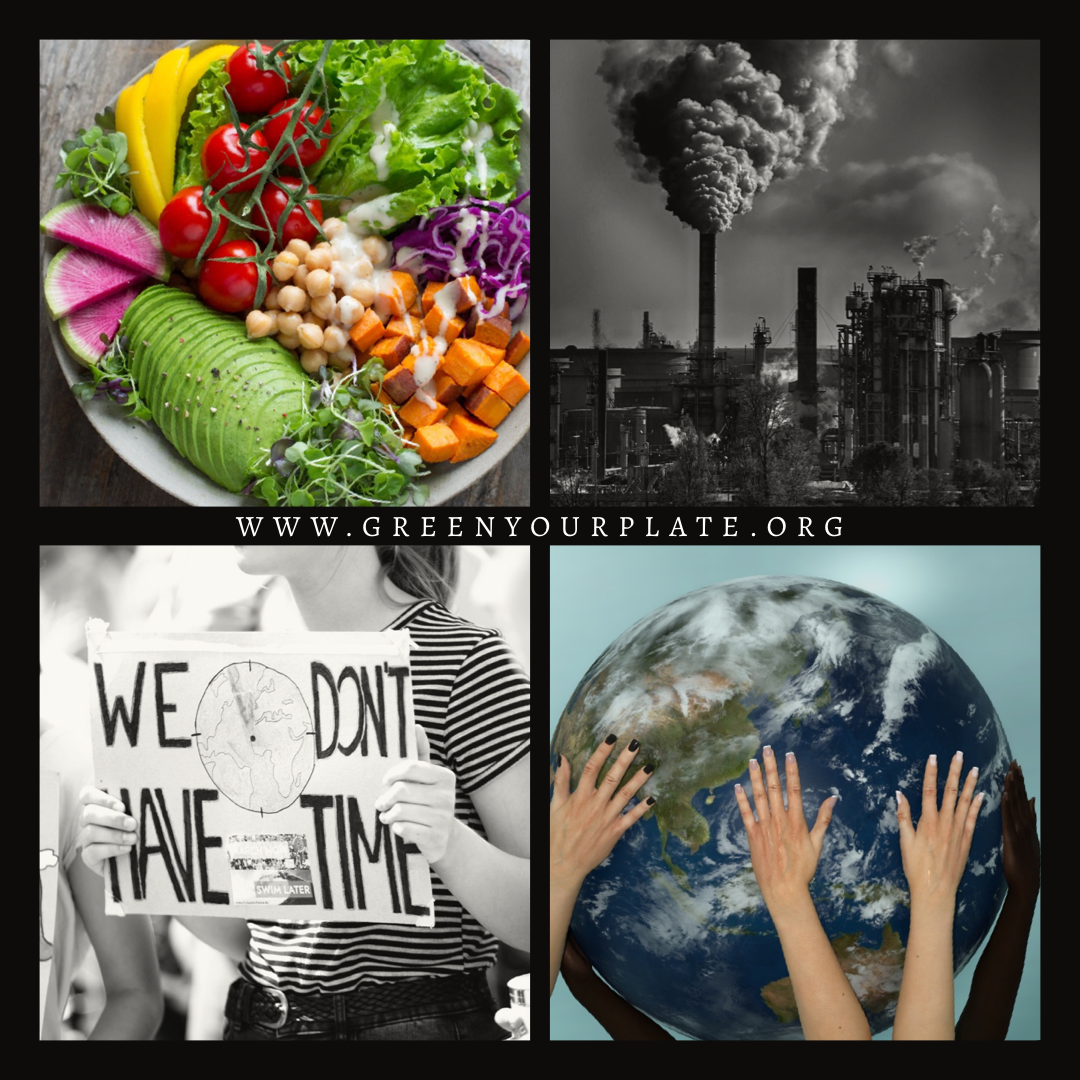 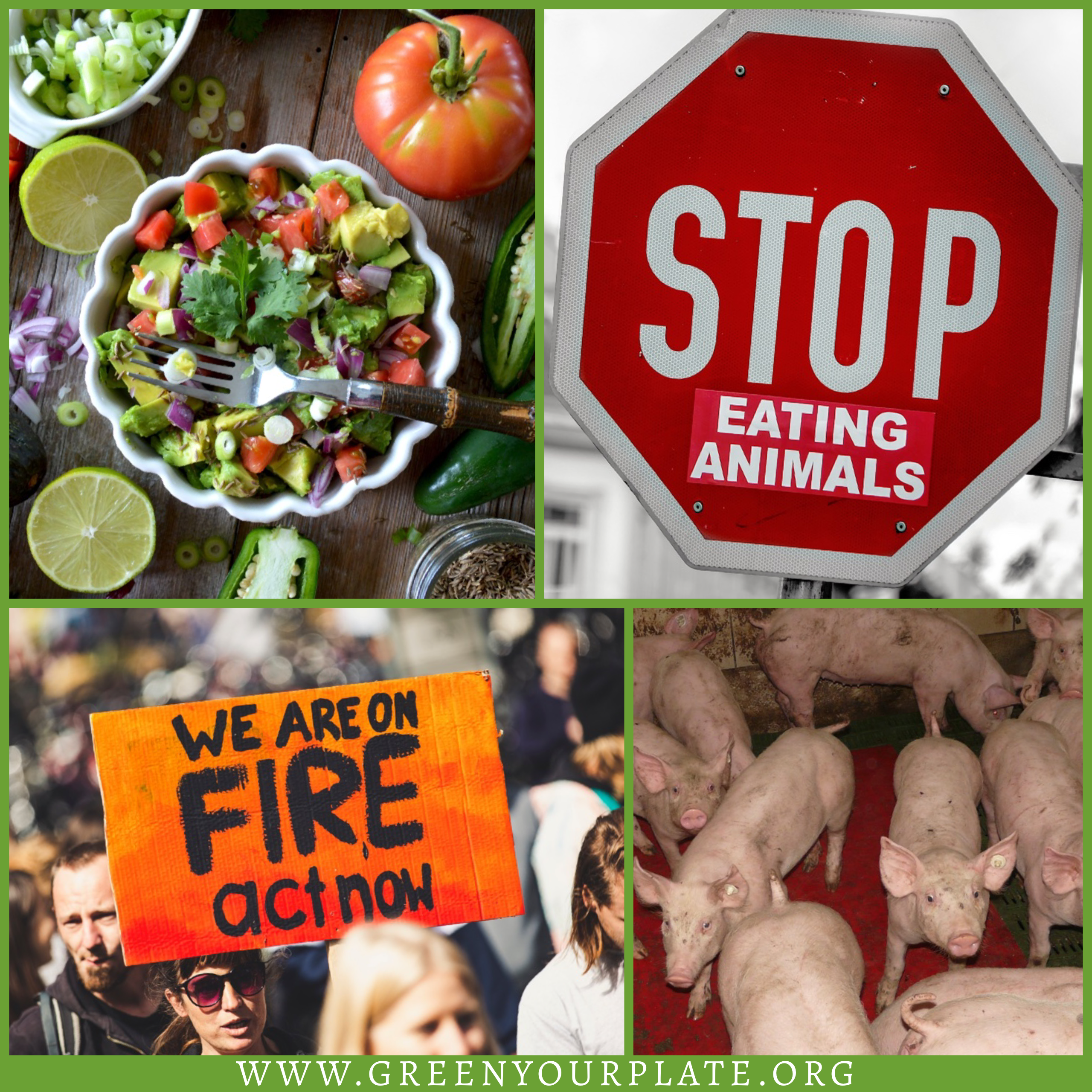 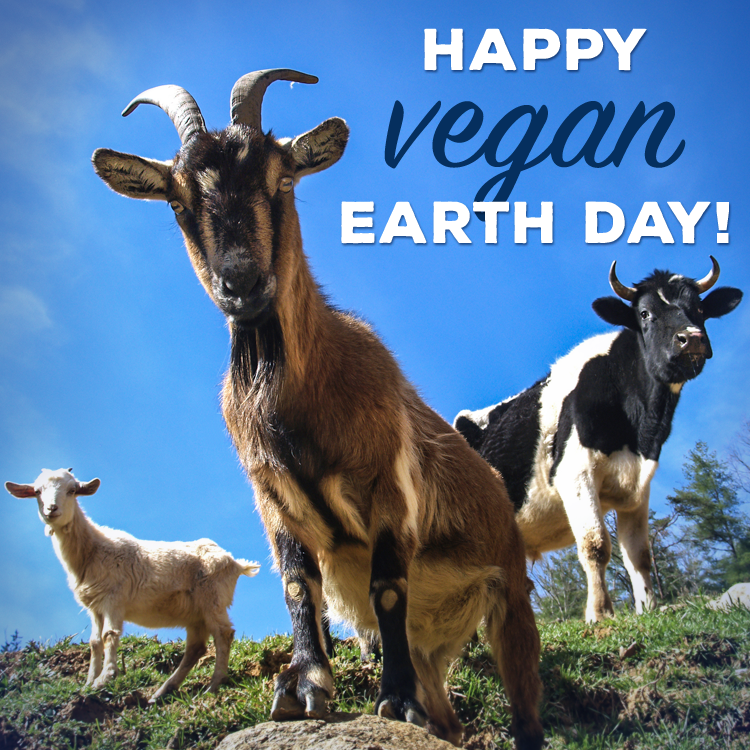 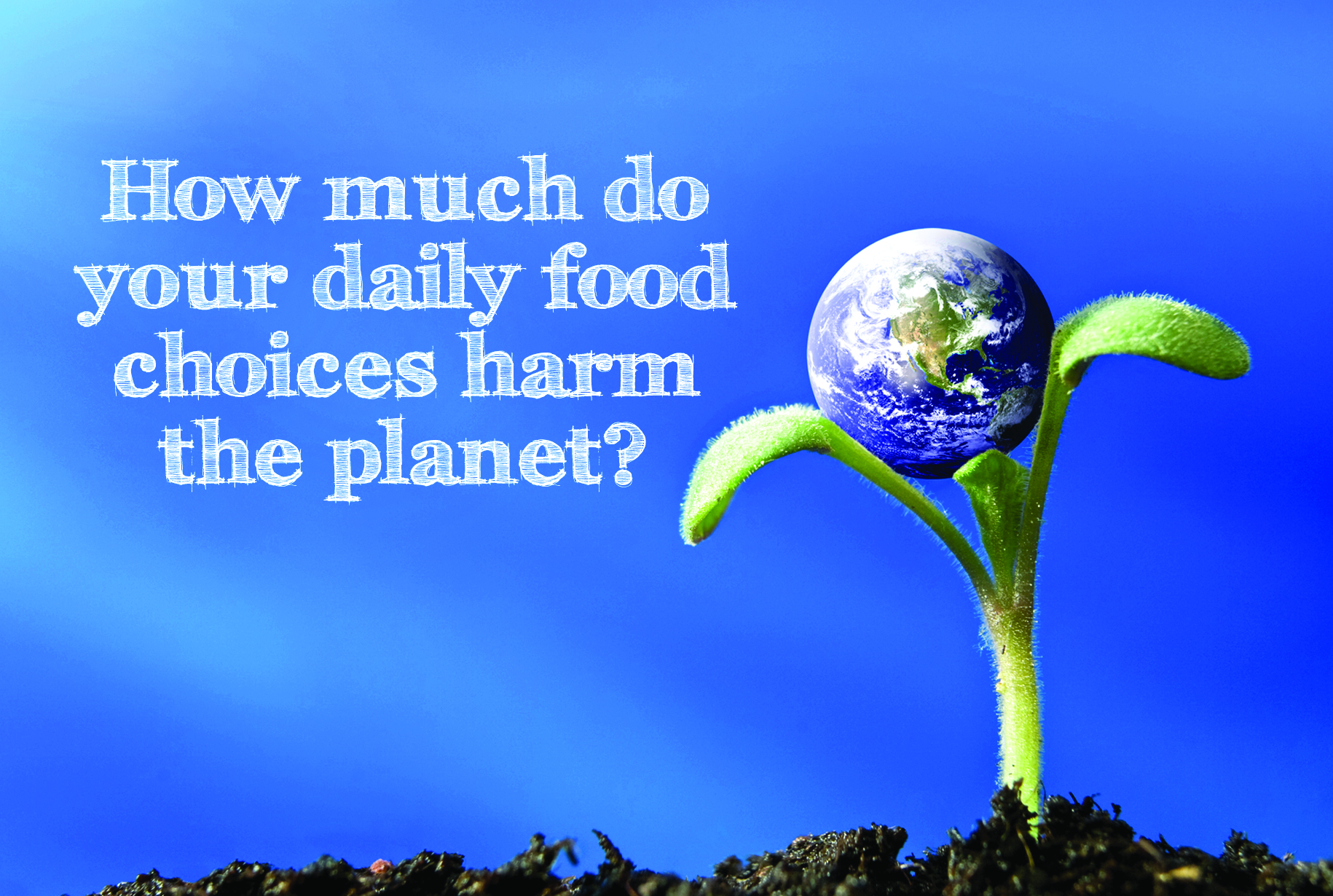 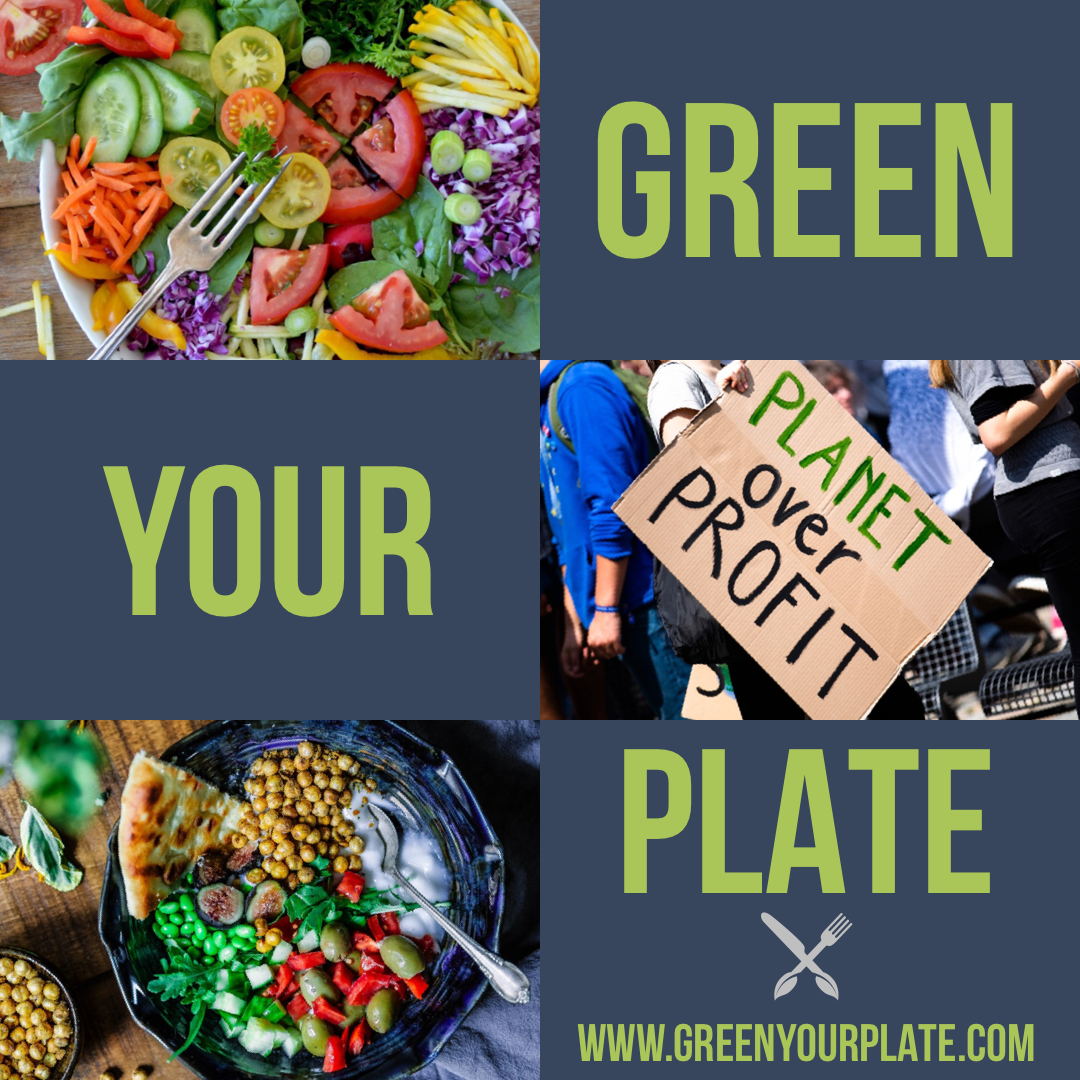 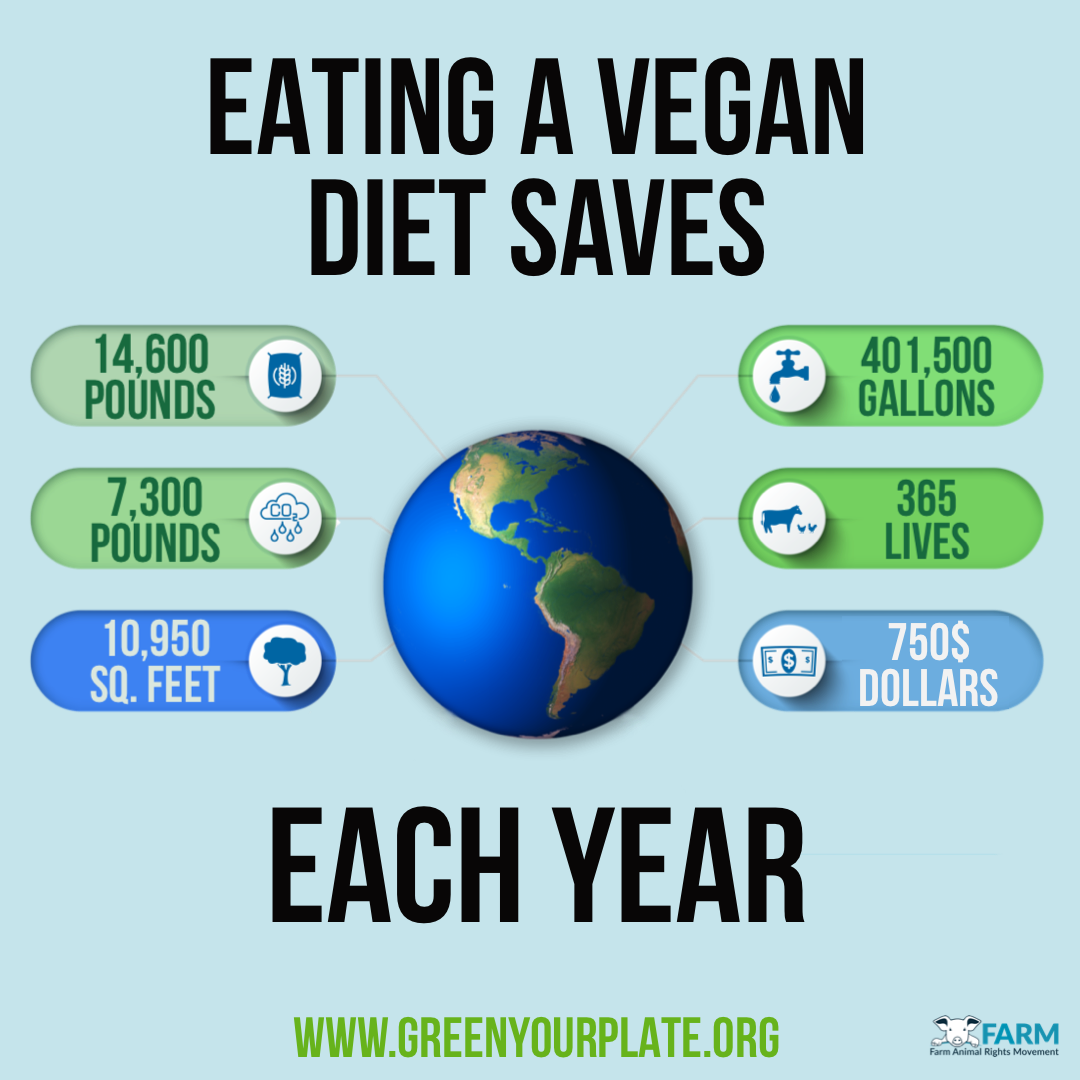 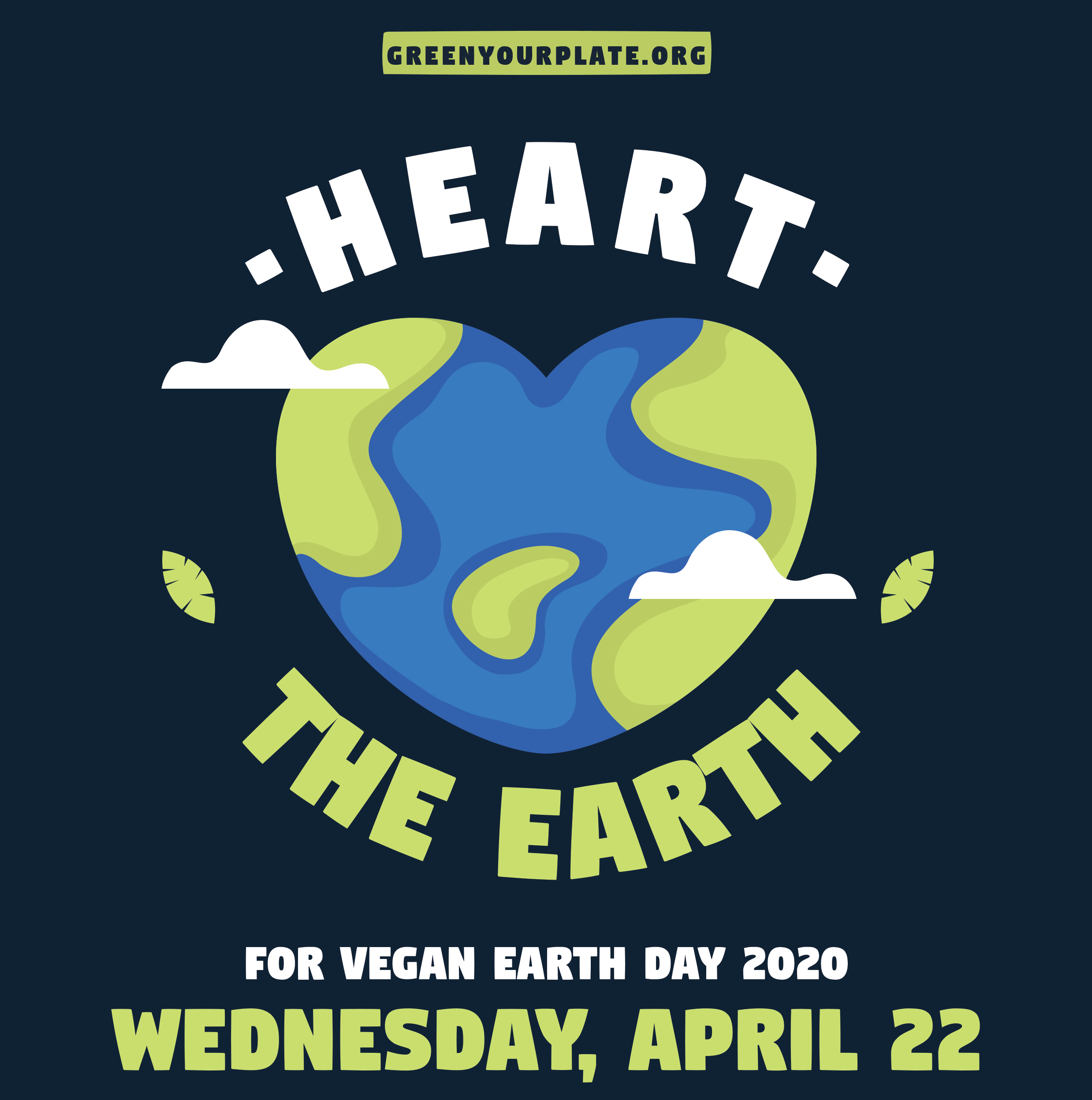 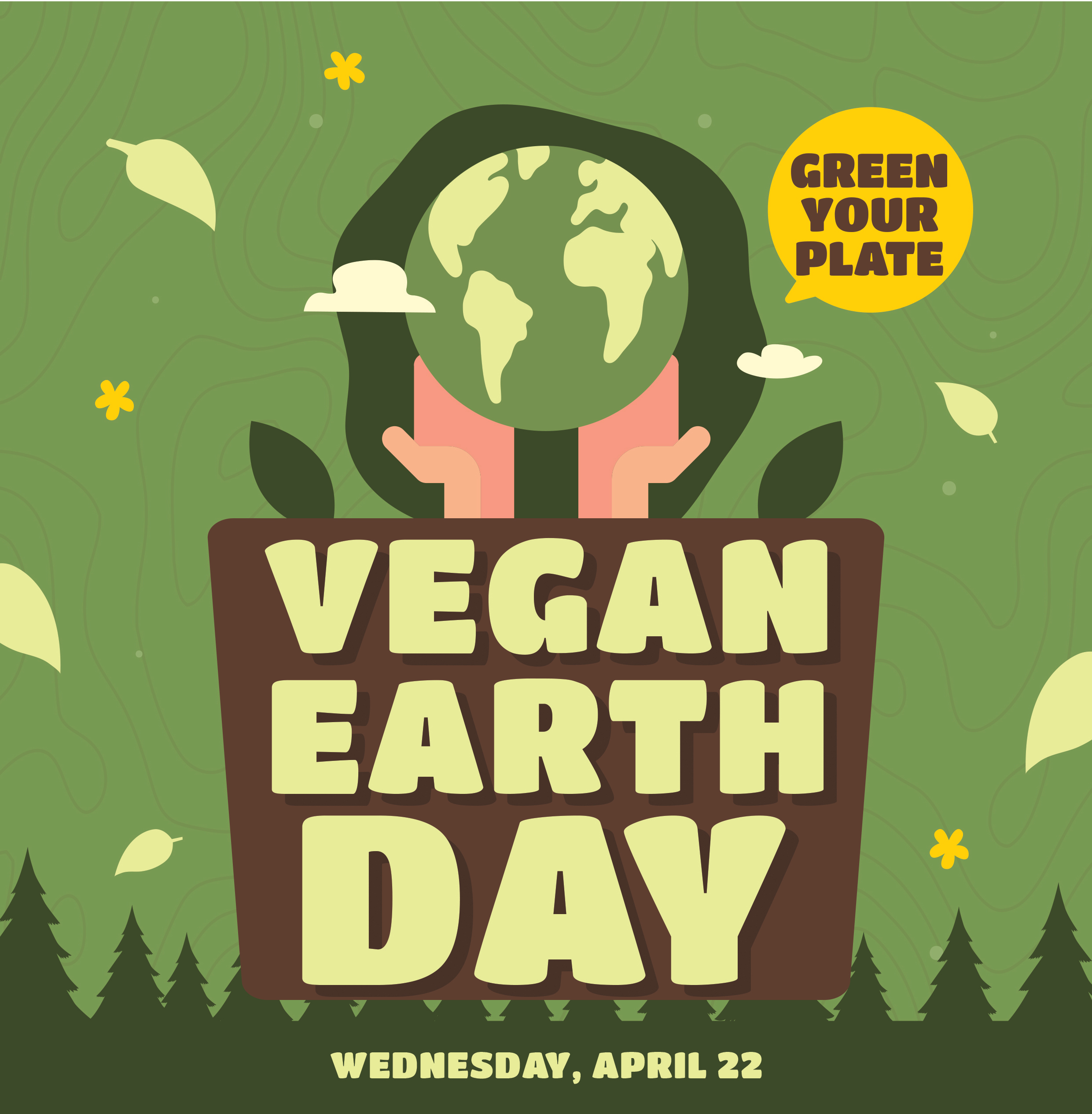 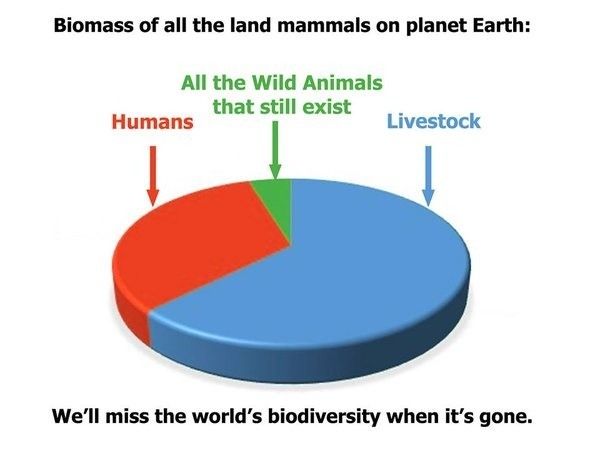 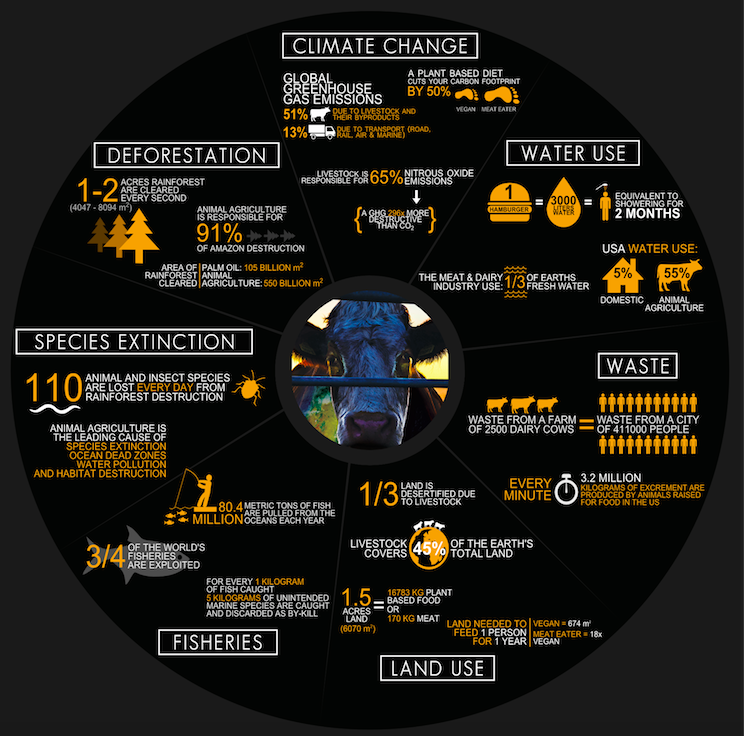 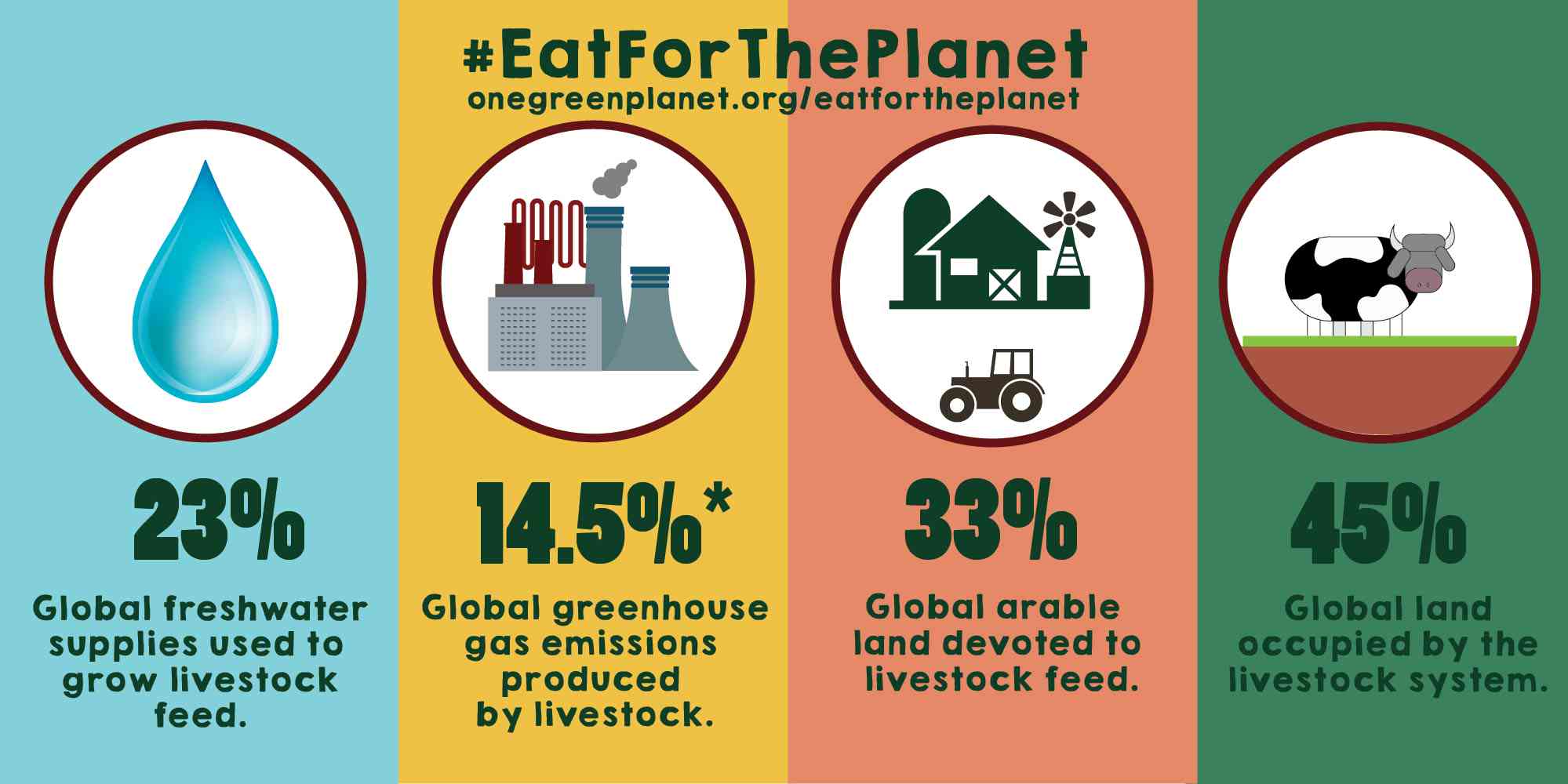 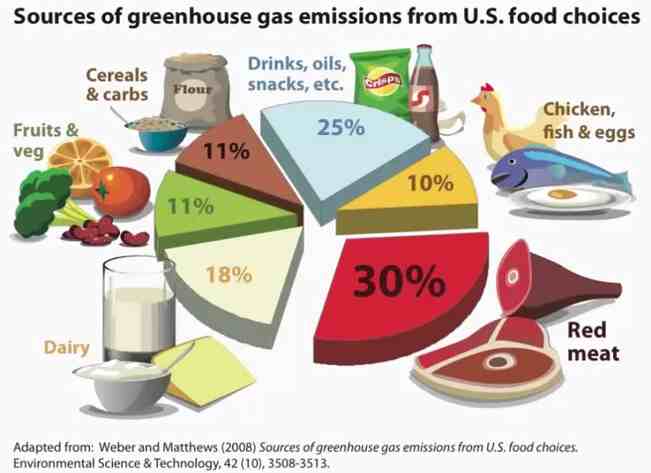 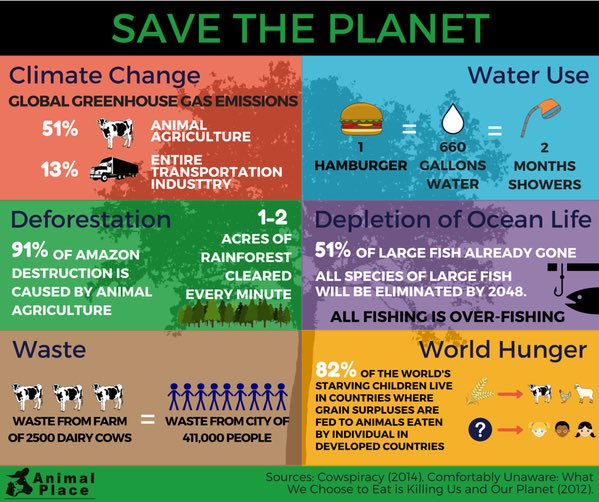